Back Pain Follow-Up and Results


'Nothing is terminal. Everything is transitional. What looks like the end of the road will turn out to be a bend."
Robert Schuller

Unless treating practitioners maintain careful long-term follow-up data about all patients, they will have no idea of the answers to the above questions. Virtually no practitioners who treat back pain – surgeons, physicians, physiotherapists, acupuncturists, chiropractors and masseurs included – appear to have any contact with their patients after initial treatment. They tend to presume that if patients do not return then they must be pain free. More likely they have gone elsewhere.

I elected to contact every patient I treated 12 months after the initial treatment. I asked each patient to complete a written questionnaire. I had given no instructions as to exercise, weight loss, tablets, lifestyle changes or indeed any instruction which could be seen to produce or influence as result.
I delayed the follow-up for 12 months to make sure that the benefit was long-lasting and to avoid confusing pain-relief with local anaesthetic effect, ‘placebo response’, or auto-suggestion. If the survey showed the patient had significant pain relief, I could reasonably attribute that to the treatment performed by me twelve months before.

During the survey period six hundred patients were treated. Written follow-ups were achieved from 447 of these. This is considered a very high response rate and increases the validity of the results.
Patients were asked to fill in a simple questionnaire rating their current pain and disability into one of six categories as compared with pre-treatment pain levels twelve months before.
1.    Moderate improvement
2.    Market improvement
3.    Total resolution
Any of these responses was considered a good result.
4.    Mild improvement
5.    No change
6.    Worse
These responses were considered unsatisfactory results.

By these definitions, 310 or 69.4 per cent of patients achieved a good result.
By aggregating the follow-up results into this two-directional outcome (i.e good or bad) it was easier to obtain meaningful statistical analysis.

Almost all those who showed improvement commented on the markedly increased mobility of the area treated and previously tender trigger points were no longer present. None of those who were worse attributed the progression to the Nesfield’s Treatment procedure performed twelve months previously, but rather to the passage of time.

In general, the results of people who had undergone previous spinal surgery were not as good as those who had not. In this group of patients, 31 per cent achieved a satisfactory outcome and 69 per cent an unsatisfactory one.

It is extremely difficult to prove how Nesfield’s Treatment works, but it is infinitely easier to prove, by the use of statistics like those in the table that it does work – although I am well aware of what can be done with statistics.

Medically, of course, my figures prove nothing because my peers consider this an uncontrolled medical trial. But, I am pleased to report, professional analysis of the results proves them to be ‘highly statistically significant’.

The data were given to a qualified statistician, Mr Mark Norrie, now of the University of Queensland, Brisbane, who performed an extensive statistical evaluation of my data. He concluded that: ‘Even though there was not a control group, the results showed a high degree of statistical significance. In simple terms, the chances of these results occurring randomly are approximately 28 million to one’.

Mr Norrie believes, from these statistics, that I have strong proof the procedure works and that it works for 70 per cent of the people upon whom it is performed.

Although the situation is frustrating, it is also understandable. The stringent requirements from medical authorities are in the main designed to prevent quackery. (Readers will know there are many quacks working in the field of bad backs). There was a man in Cooma who used a rabbit’s tail to ‘brush’ pain from the patient’s back, down the thighs and finally out through the ankles.   After an appearance on national television in 1977, he became so busy that he had a heart attack from the pressure of work and died.
I know of another quack who diagnosed back problems by first briefly but fiercely peering into a patient’s eyes. Then he would move around behind and poke his finger into the top of neck at the base of cranium, hold it there and order the patient to lift his arms up and down a couple of times before pronouncing him ‘much better’. Patients were always given appointments for more treatment before they left. When some of them failed to turn up, he would ring and soundly abuse them – and shame them into coming back. He made a lot of money this way.

There are also many families with what I call ‘Uncle Ernies’ in them. They know how to ‘crack’ bad backs and necks. One day an Uncle Ernie will probably not only crack a back or a neck but he will break it as well – if it hasn’t happened already.

However, I do make the point that where a treatment verifiably and consistently works in more than 50 per cent of cases, it should be more closely looked at. This was one of the great tragedies in the medical fraternity’s dismissal of Dr Rees’s treatment.  They simply ignored the central fact that the procedure worked in a great number of cases.
Posted by JAM Consulting at 3:06 PM

Email ThisBlogThis!Share to TwitterShare to FacebookShare to Pinterest
Labels: back pain relief, back pain treatment results, severe back pain 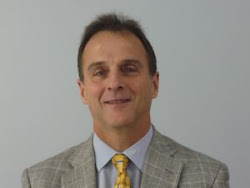